Chronicle of a Good Looking Family
by Lauro Martines 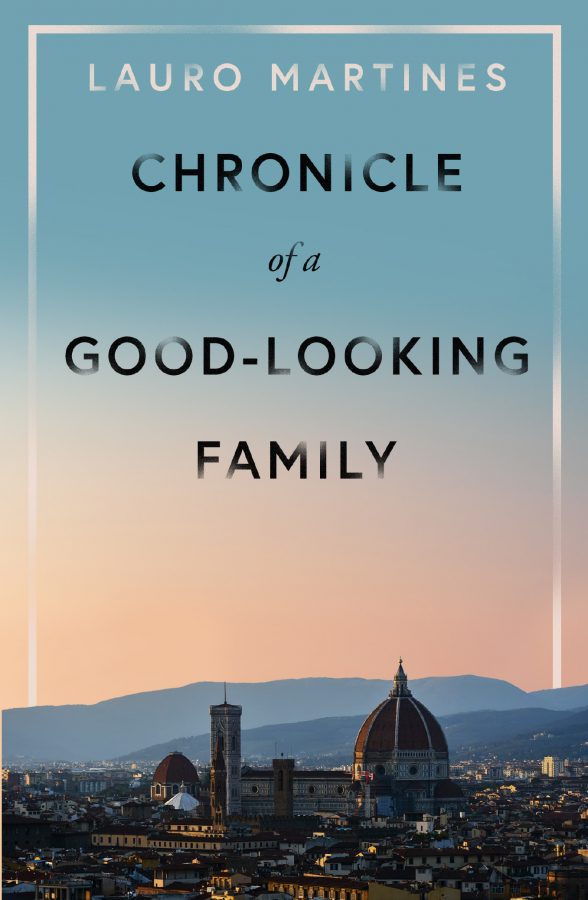 "Lauro Martines shows us, like William Faulkner, that the past is never dead, it casts a long shadow."

"This enthralling fictional history of three generations of a monied Italian family is rich in secrets and surprises. Lauro Martines lovingly particularizes the novel’s twin settings and in a calm, elegant, learned prose guides his gilded characters through a range of first world dilemmas, about faith, nationality, sexuality, and social and familial obligation."

“What was he, then, an old guy who didn’t believe in justice? On the contrary, he believed in the need for justice with all his heart and reason, and he could argue the point with total conviction. But he already knew that he would end on the teeter-totter of contradiction.” 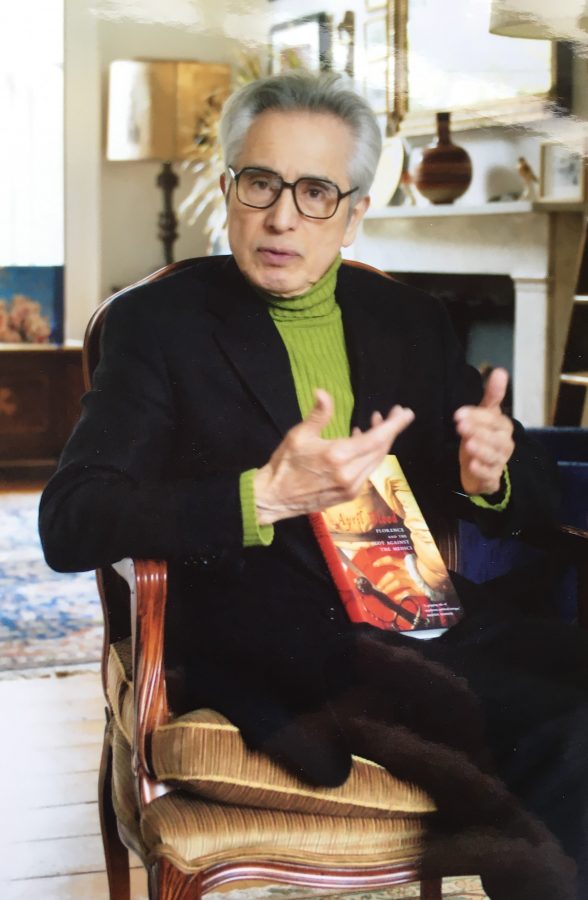 As their friendship strengthened, Lorenzo and Adam traded more and more confidences but, unknown to either, the young Florentine, led on by his looks and charm, was headed for trouble. But it would be Adam who was the first to learn a lesson the hard way.
Lorenzo made a point of learning English by taking night classes at an interpreters’ school. He picked it up fast. As for Adam, before he ever set foot in Italy, he had spent a summer at a language school in California, doing two months of intensive Italian, although he had first pored over an Italian grammar on his own.
The National Library, facing the river, a two-minute walk from the thirteenth-century Church of Santa Croce, was the scene that would help teach Adam a lesson regarding Florence’s moral climate in the 1950s. Towards the middle of his first year in the city, working, as usual, in the Library, he was at the card catalogues one afternoon, when a friend casually introduced him to another student, Donatella Colombini, “a dark-eyed delight”, as he assessed her. A day or two later, he ran into her in the coffee lounge on the lower-ground floor of the Library. They began to talk, seemed to like each other, and thereafter sought, now and then, to have coffee together. He soon learned that she verged on being engaged to a man selected by her parents and older than herself. Though not really happy about the arrangement, she had more or less resigned herself to it.
In the weeks that followed, he got into the habit, when the Library closed in the early evening, of escorting her to a bus stop, which took them on a slow, fifteen-minute walk through the heart of old Florence, to a point near the Cathedral. On those walks, clearly drawn to one another, they began to exchange various intimacies. But, having sniffed out the air of moral stringency which attended girls, Adam had already resolved to avoid taking things any further. The prospect of flying into the face of definite, if unspoken, rules made him uneasy. Besides, her friendship seemed to him precious enough in itself. He was learning things about Italy, and that learning could come with speed. Thus, one evening, on the way to her bus, he was astounded when, wide-eyed and with a wonderful smile, she suddenly turned to him, took one of his arms, and looking straight into his eyes, said:
“Adam, let’s make love. Let’s make love some time.” Her words leaped up from his diary.
He was flattered, oh yes, but since they had never even held hands, his immediate reaction was to be on his guard. Smiling to keep her in countenance, he replied:
“Just a minute, Donatella. That would be wonderful, wonderful. But why rush at things? And besides, do you think it would be wise?”
“Well, I don’t know that it would be wise, but it feels to me like it would be the right thing to do.”
He made light of her proposal, giving her a chance to do the same thing, and she was soon laughing, but it was also clear that her invitation had been serious. Some days later, she came back to the subject and again made her plea, and again he chose to treat it with gentle humour. He saw no other way to hold on to their friendship.
Early on in their acquaintance, she had asked for his telephone number and he had given it to her. One night, a few days after her second invitation, he got a strange call from her older brother, who wanted to know exactly what Adam’s intentions were. Was he serious about Donatella? Was he courting her? Did he realise that she was soon to be engaged?
Fucking American, the brother must have been thinking, what the hell does he think he’s doing?
Adam replied without any pretence or excuses. No, he said, he was not courting his sister. They were friends, yes, and he sometimes walked her to a bus stop. But there was nothing more than that between them. Whereupon the brother issued a veiled threat and made it clear that Adam would be expected to stay away from her.
The lovely Donatella seemed to vanish. She gave up the Library, until one afternoon finally, about two months later, there she was again, at the card catalogues. Adam walked up to her and said hello. When she turned to look at him, her eyes sparkling with tears, she said quietly but dismissively:
“Adam, you hurt me very deeply.” And turned back to her tray of book cards. He instantly sensed the finality of her emphatic manner. There was nothing more for him to do but walk away. They never spoke again, although he was to catch glimpses of her round the Library. The experience fell more solidly into place for Adam when a German friend of his reported an exchange with a student from Siena. As Tuscan as any Florentine, if not more so, the Siena student had amusingly but seriously warned: “If an Italian girl ever has dinner with you, and you happen not to have your own apartment, you’d better get one, because you’re going to need it.” Adam had rented a furnished apartment on the far side of the river, in a new building on a little street. The site had been damaged towards the end of the war. And he sometimes had dinner there with French or English friends, but never, it would turn out, with a Florentine girl “of good family.”